Lots of clients come to me because they aren’t taken seriously at work.  They report that they’re very often interrupted in meetings. They frequently stay quiet when they have brilliant ideas to share.  Or their ideas are overlooked for someone else’s. They wanted to learn to talk so people listen.

Sheryl Sandberg and Adam Grant wrote a fantastic article called Speaking While Female. They reported anecdotal and scientific evidence that when males speak in the workplace, they’re regarded as more competent and when women talk, they’re often disliked and/or considered aggressive. They concluded that there’s a bias against women in the workplace. 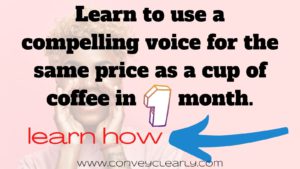 There may well be a bias against women in the workplace. I don’t disagree. But there are things that we can do to put an absolute end to interruptions & micromanagement. It’s probable that things that we are doing are encouraging interruptions & micromanagement. Yes, I said it.  I was scared to say it.  But I have 20 years of data to back it up. Read on.

Part of my work involves going into corporations and helping entire teams to communicate more successfully with each other and with their clients.  In one particular firm, I worked with the president of marketing and her team.  I worked with each person individually, and each of the team members reported that their boss was the B word. Men & women. No kidding. They all thought she was condescending and a B#@*h.  Which she wasn’t. She was a kind person who wanted the best for her team & her firm.

The president, let’s call her Sandy, was also being interrupted by her boss. He wasn’t letting her finish a sentence.  I solved both problems in no time flat.  Sandy was hanging on to the end of each phrase that she spoke.  She was actually trying to be “nice”.  Lot’s of people do it.

Read this aloud:  Hi Guuuuuuuuuysssss.  How’s it going with your proooooojjeeeect? 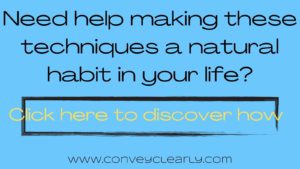 Intention: Don’t want to be bossy; want to come across as sweet and kind.

Always shorten the last syllable of your phrases.  Which I trained Sandy to do in no time flat.  We gave her a persuasive, authoritative, warm style. Now she can talk so people listen & does so in all environments of her life.

I had a client at a Fortune 1000 company who reported to the CEO. She divulged that he micromanaged her. We were role-playing a meeting she was to have the next day with her CEO, and she said:  “um this is just an initial raw draft.”  “just” “initial” “raw” and “draft” all mean the same thing.  Talk about coming across as afraid, insecure, and not the highly intelligent powerhouse that she was.

So we had her saying, “Hi [boss], here’s my draft, geta look & lemme know what you think.” He stopped micromanaging her shortly thereafter.  After she began using plain, active language, with concise breath groups.

Here’s the deal.  If we come across as insecure, why would our superiors at work not feel the need to micromanage us? I suppose there are just natural micromanagers out there, but in the 20 years I’ve been doing this 98.9% have been stopped!

This is a bit more complicated because insecurity doesn’t just disappear with a quick tip.  We can do it, though, with a bit of determination and time. 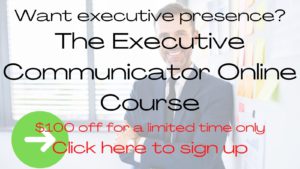 This client is a composite of many clients who’ve hired me because they’re being interrupted in meetings. This is a very stressful time for these gorgeous, talented women. They’re even beginning to devalue their own worth. But I’m not a psychologist, so I’ll leave it at that.

The symptoms are as follows:  Run-on sentences, over-emphasis of connector words, and over-use of filler words.  I kid you not. Let’s try to show this in print.  Read the following aloud:

So i have an idea in order to get the ummm margins up we should do some testing in xyz area aaaaaand then we can try 123 aaaaand see if the numbers go up aaaaaaand ummm if they don’t we could….

What’s the problem with this? Your listener’s processing skills. They are unable to process the information after a few sentences. Interrupting is rude, but interrupters obviously haven’t taken my class. Once they do, they’ll know how to deal with that, too. I digress.

(Disclaimer: Some acts of manterruptions are egregious.)

We can try to train people to stop interrupting; but we can also teach people to speak in a way that’s authoritative yet warm, concise & exciting.  It’s necessary to train people to listen & understand better. I’m a Speech-Language Pathologist studying communication skills since I was a kid, and I still train to listen, understand & communicate better. Continue to develop your communication skills and not only will you be able to talk so people are all ears, but they’ll also follow your lead as well as accept your ideas.

That’s your job. I take some of the blame off of the interrupters and put it on the speakers.  Just like when you go into a presentation excited to hear the topic, and your mind is wandering within minutes. You’re blaming yourself:  “I have no attention span anymore!” Guess what? It’s the speaker’s fault. But that’s another story.

Look. You’re a great communicator.  You’re smart & you tell impressive stories in the regular milieus of your life. People listen to you and do what you say. But during anxiety-ridden situations (meetings, presentations, interviews, arguments, anytime you want something from the situation) your skills deflate. Yup. No one’s immune. 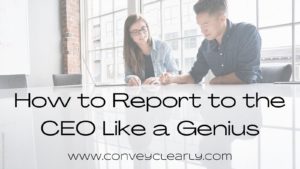 Do you wanna know why we can’t be as confident, concise, & influential as we are in more comfortable situations? Because our brains haven’t yet evolved to communicate in a crystal clear, persuasive fashion during stressful situations.  I don’t care who you are.  When you’re chatting with your close confidant about your skills & your experiences, you come across as more credible, more authoritative, smarter than you do when you’re in an anxiety-ridden situation.

Are you a bit nervous when speaking during meetings? If you say “never” I might suggest you’re in denial. We all have some nervousness when called to speak in front of others. We literally go into fight or flight mode, and we lose our connection with our brain.

Change the bits you can control.

Let’s change this together!  Send this article to all of your friends and colleagues who suffer from interruptions and micromanagement.

First, learn relaxation exercises.  I’ve got some great ones. You need to be so relaxed you could fall asleep.  And that’s what you need to be during every communicative situation. What?!!! Am I not supposed to be on red alert? No. Comfy cozy is the answer to your problems. Fearlessness is the result of complete relaxation. Being completely relaxed is the first step to being able to talk so people listen to you & follow your direction.

Next, Use a full, warm voice with concise sentences. Let air come out when you speak. Don’t hold your breath, people! That’s how to talk so people listen!

Thirdly, Get your intonation right. Don’t go up in pitch at the end & don’t hang on to the last syllable. Make your connector words really short–even better eliminate them. Download our free 9 Secret Steps to Influencing Others.

Click the below image to set up a free consultation to evaluate your speaking skills. We’re here for you! 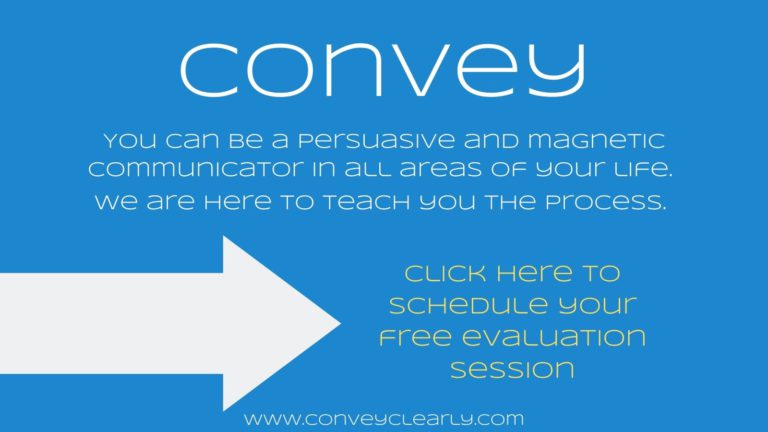 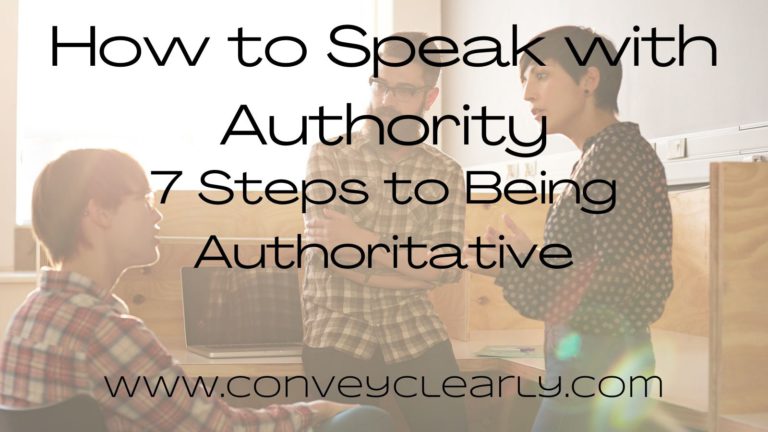 7 thoughts on “What Crimes are Getting You Interrupted, Micromanaged & Ignored?”