Have you been struggling with how to pronounce the th sound? Ask any American how to pronounce the /th/ sounds (yes, there are 2 of them) and they’ll tell you to put your tongue between your upper & lower front teeth. Even speech professionals are out there telling you to do this.

In the google results of “How to Pronounce the TH sound” you’ve got people wanting you to stick out your tongue.

Do not do this!  Sticking your tongue out to pronounce the /th/ sounds is yet another pervasive misconception of Standard American English. Watch the national news anchors as they report the news. Their mouths are hardly moving & their tongues do not come out of their mouths. So, finally, no, you do not have to stick your tongue out! 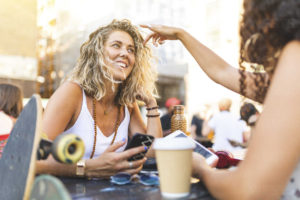 How to Pronounce the TH Sound

In the International Phonetic Alphabet the /th/ sounds are called “interdental fricatives” but Americans with good speech very rarely put their tongue between the teeth and very often don’t even use a fricative! They stop the sound instead.

A stop sound is one where you stop the air for a moment. /p/ & /b/ are two examples. Just for giggles say the words, “above” and “computer” aloud. I’ll wait. Did you feel how the air stopped momentarily?

Fricatives are called such because they create friction. The air is continuous & forced through a small space; thus creating friction. Cute, right? /s/ & /z/are two examples. You know you want to try these! They’re fun! Let’s try “Mississippi” & “Let’s go to the zoo!” Did you feel how your tongue created a small space on the roof of your mouth (alveolar ridge) and the air was forced through? That’s a fricative sound.

There are two /th/ sounds. One is voiced as in “those” and the other is voiceless as in “thunder.” Hear the difference? They are made in the same place & manner. The “those” one uses vocal cord vibration. You can put your hand on your throat and feel the vibration. Again, for giggles, do the same with /s/ & /z/ 🙂

Speech for the Shakespearean Actor

Ok, if you’re going onstage to play the role of Hamlet or Juliet do go crazy popping /t/s and sticking your tongue out for the /th/ sounds. But if you live a fairly normal existence you’ll need a fairly normal American English speaking pattern.

You may like: American Accent–Are You Making These 3 Common Pronunciation Mistakes 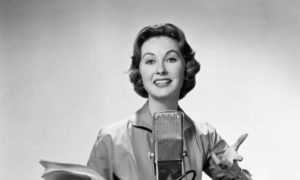 In running speech the /th/ sounds are produced by lightly touching the back of your upper teeth with the tip of your tongue to create a combo stop/fricative sound. Let’s try this sentence:

Martha was scared of the thunder

If you say it with your tongue out you’ll sound staccato & stiff & you’ll have very few friends. If you just lightly & quickly touch your tongue to the inside of the front teeth for the 3 /th/ sounds you’ll be crystal clear, magnetic & people will be surrounding you trying to get your digits.

Here’s one of the problems with trying to stick your tongue out learning how to pronounce the th sound: You’ve got a lot of low-information words with /th/. The, that, there, this, with, the list goes on. If you’re focused on pronouncing those sounds as an interdental fricative you’ll be spending too much time on unimportant words. This causes people to have a harder time understanding you! Isn’t that ironic? Timing is everything! (I owe my dad a quarter for the cliche–but it was worth it!)

Americans process information based on intonation–the music of speech–not based on the pronunciation of sounds. Here’s an article on how to use intonation correctly.

So the good news is: The TH doesn’t need to be dreaded after all! TH away! You’ll end up sounding crystal clear & highly effective as a communicator.